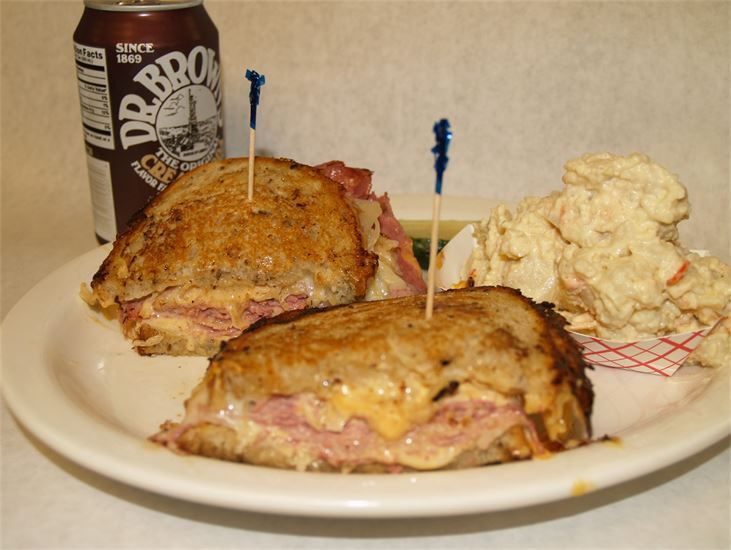 Last Tuesday I visited Kugels Deli, a self proclaimed New York style deli. As a New Yorker myself, when i see a restaurant outside of New York claim to be “New York style”, i have very high expectations.

The New York Jewish deli is known for phenomenal deli sandwiches, but also for the atmosphere. This deli really held up to that. Upon being seated, I had a very pleasant conversation with the owner while waiting for my Rueben sandwich. Now, to rate this deli, I also factor in how enjoyable the experience of eating at this deli was.

I would give the experience a solid eight out of ten. In my book, an eight is an amazing score, because anything above that would have to be literally a life changing experience. I ordered a side of Cole-slaw with my sandwich, which was the low point of this dining experience.

The Cole Slaw was seriously sub par. However, the sandwich itself was very solid. The bread was perfectly containing the meat and sauerkraut, without dominating the sandwich. I was very pleased with all the components of the sandwich, which blended together perfectly.

Another staple of the New York deli is the pickle, served on the side, and I was very satisfied with this as well.  In my expert opinion, an expertise gained from growing up Jewish on the upper west side of Manhattan, Kugels deli has earned a solid 8.2 for the meal and dining experience.