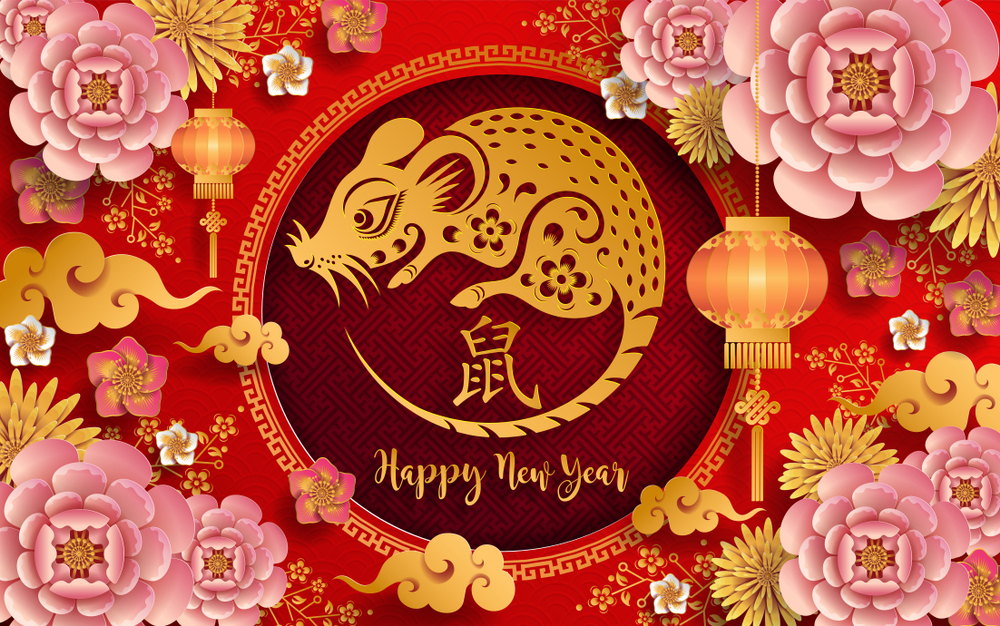 This is Out With Joe.. brought to you by Nothing Bundt Cake, recently opened in the White City Plaza in Shrewsbury …

Chinese New Year[a] (or generally referred to as Lunar New Year globally) is the Chinese festival that celebrates the beginning of a new year on the traditional Chinese calendar. The festival is usually referred to as the Spring Festival in mainland China,[b] and is one of several Lunar New Years in Asia. Observances traditionally take place from the evening preceding the first day of the year to the Lantern Festival, held on the 15th day of the year. The first day of Chinese New Year begins on the new moon that appears between 21 January and 20 February.[2] In 2020, the first day of the Chinese New Year will be on Saturday, 25 January, initiating the Year of the Rat.

Chinese New Year is a major holiday in China, and has strongly influenced Lunar new year celebrations of China’s neighbouring cultures, including the Korean New Year (seol), the Tết of Vietnam, and the Losar of Tibet.[3] It is also celebrated worldwide in regions and countries with significant Overseas Chinese or Sinophone populations, including Singapore,[4] Indonesia, Malaysia, Myanmar,[5] Thailand, Cambodia, the Philippines,[6]  as well as many in North America and Europe

Chinese New Year is associated with several myths and customs. The festival was traditionally a time to honour deities as well as ancestors.[11] Within China, regional customs and traditions concerning the celebration of the New Year vary widely,[12] and the evening preceding Chinese New Year’s Day is frequently regarded as an occasion for Chinese families to gather for the annual reunion dinner. It is also traditional for every family to thoroughly clean their house, in order to sweep away any ill-fortune and to make way for incoming good luck. Another custom is the decoration of windows and doors with red paper-cuts and couplets. Popular themes among these paper-cuts and couplets include that of good fortune or happiness, wealth, and longevity. Other activities include lighting firecrackers and giving money in red paper envelopes. For the northern regions of China, dumplings are featured prominently in meals celebrating the festival. It often serves as the first meal of the year either at midnight or as breakfast of the first day… although Out With Joe has acknowledge Chinese New Year in the past.. this year it has a great deal more significance.. as I have recently married a Taiwanese National.. whose family being of Chinese decent celebrate Chinese New Year as their major holiday of the year.. and therefore I’m embracing Chinese New Year as very big part of my home and life going forward…in hopes of bringing a little bit of home to our new life in the states together…

But its time now to check out what is hot and happening on the local music scene.. to do that we check in with Music Editor Tina Marie Billing.. hey Tina, what is happening?

(Tina’s audio in the audio segment below)

Thanks Tina.. for more on what is happening and for those hidden gems and fantastic finds.. check out outwithjoe.com

Out With Joe has been brought to us by Nothing Bundt Cake in White City Plaza, Shrewsbury.. on Facebook @NothingBundtCakeShrewsbury.. be sure to stop in and ask for Al.. he’s waiting on you.. mention me.. or Out With Joe.. and he’ll have something special for you.