Home / Event / Mother’s Day Facts to Share With Your Mom Start off Mom’s special day with a little holiday trivia.

Mother’s Day Facts to Share With Your Mom Start off Mom’s special day with a little holiday trivia. 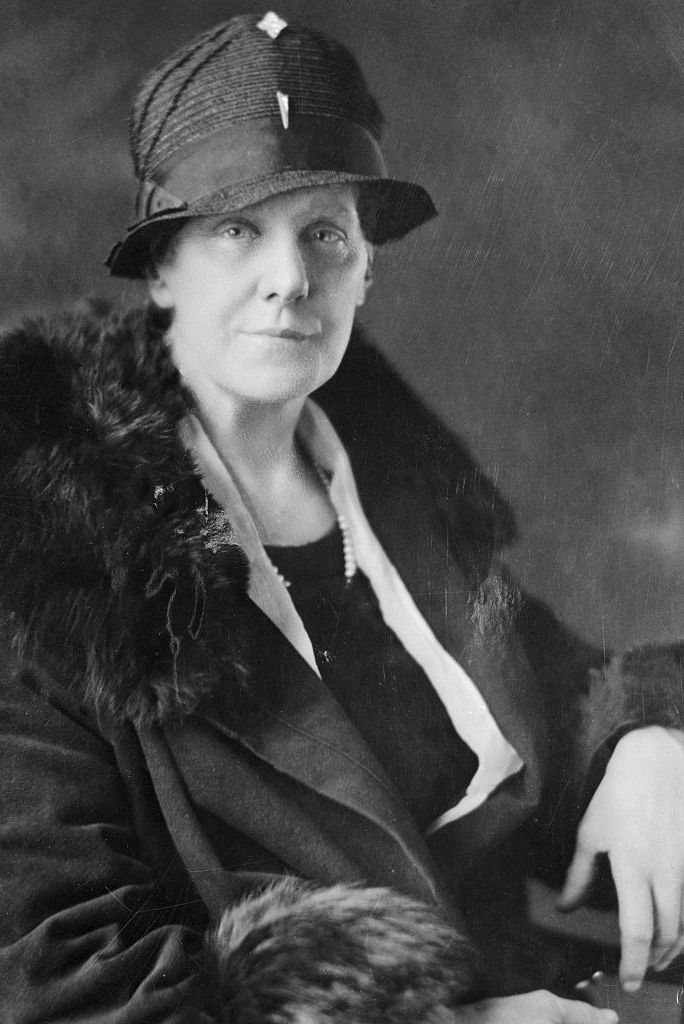 Your mother would probably prefer you celebrate her every day of the year, but in 2020 you’ll be showering her with love and appreciation on May 10th.

Show your mom how much you care by impressing her with some fun facts about the history and first celebration of Mother’s Day.

This year, the 2020 Pandemic has certainly altered the stats and expected habits of the entire world… but we’ll share what we were on track for.

1 Mother’s Day isn’t always on the same date each year.The holiday is celebrated every year on the second Sunday of May. This year it will be on May 10th.

2 More calls are made on Mother’s Day than any other day of the year.

Approximately 122 million calls are made on the second Sunday of May.

3 Mother’s Day is the third highest selling holiday for flowers and plants.

After Christmas and Hanukkah, more people buy flowers and plants for their moms on Mother’s Day than any other holiday.

Around approximately one quarter of all the flowers purchased throughout the year are bought for Mother’s Day.

The Greeks would have spring celebrations in honor of Rhea, the goddess of fertility, motherhood, and generation.

5. Mother’s Day is the busiest day of the year for restaurants.

According to the National Restaurant Association, in 2018 about 87 million adults made plans to go to a restaurant for Mother’s Day.

These women are between the ages of 15 and 50, and have collectively mothered 95.8 million children!

7 The moniker ‘Mom’ comes from babies.

The first thing a baby can vocalize is the ‘ma’ sound, which is why in almost every language the word for mother begins with the letter ‘M’ or is some iteration of the ‘ma’ sound.

During and following the Civil War, Ann Jarvis made a concerted effort to foster friendship and community between the mothers on both sides of the war. She started a committee in 1868 which established the first glimmer of today’s holiday: “Mother’s Friendship Day.”

Anna Reeves Jarvis sought to honor her own mother by establishing an intimate day of observance that is very obviously the basis of today’s holiday. The very first Mother’s Day was celebrated in 1908.

After Anna Jarvis created the Mother’s Day International Association in order to streamline the intimate day of observance to the second Sunday in May, Woodrow Wilson legitimized the celebration as a nationwide holiday.

The holiday quickly became a commercialized opportunity for producers to sell flowers, candies, and cards. Anna Reeves Jarvis felt this was detracting from the personal and intimate aspects of the holiday and defied this by starting boycotts, walkouts, and even condemned first lady Eleanor Roosevelt for using the day as a means of fundraising. Jarvis would eventually use all her money in this fight, and died at the age of 84 in a sanatorium.

On average, shoppers spend $180 on gifts for their mothers. A nationwide total of $4.6 billion was spent on jewelry and $4.4 billion on dinners or brunches.

13 The most popular gift for Mother’s Day is the greeting card.

Every Mother’s Day there are approximately 152 million Mother’s Day cards sent.  Remember, we tend to buy cards not just for Mom, but for our Sisters, Aunts, Grandmothers and even Mother in Laws.  This averages out to 2.8 cards per purchase.

14 Carnations have a special meaning on Mother’s Day.

Anna Reeves Jarvis used the carnation on Mother’s Day to symbolize whether your mother was living or not.

A red carnation meant she was, and a white meant she had passed.

15 Mother’s Day is celebrated all over the world.

Albeit on different days. But in addition to the U.S., Great Britain, Canada, Costa Rica, Samoa, Georgia, Australia, and Thailand all have designated celebrations to honor their country’s mothers.

However, flowers still remain the most popular gift option, with about 69% of Americans opting for a floral present. Why not get mom both?

In India, people celebrate Durga-puja, a festival that pays homage to the mother goddess, Durga. The festival is a ten-day event that takes place around September or October.

18 Most United States women have their first child in their twenties.

19 Beauty salons and spas also get a Mother’s Day boost.

According to the National Retail Federation, this Mother’s Day, people will spend $2 billion on personal services (like spa treatments) for their mothers.

20 Moms aren’t the only ones getting Mother’s Day love.

So these are some facts and the history of Mother’s Day.. although we will celebrate and observe this day very differently in 2020.. the simple fact of the matter is we love our Moms and we’ll show them no matter the lock-downs, Social Distancing, covering up and the whole of Covid 19.. . Love always finds a way.. and their is not love like the love of our Moms..

Happy Mother’s Day from the team at Out With Joe and Cameo Media.. stay safe and healthy,

PS The included photos are credited throughout the article.

This information taken from: Town and Country 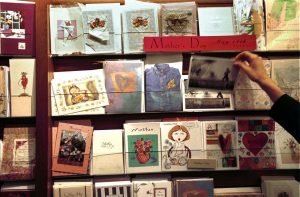 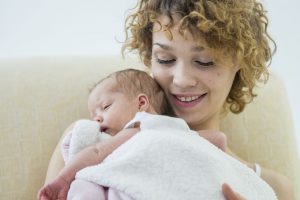 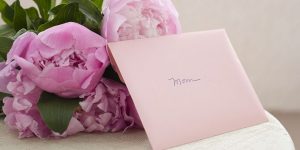 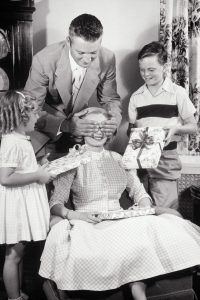 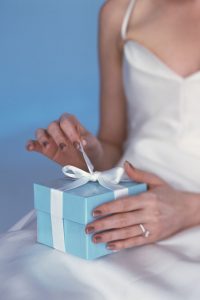 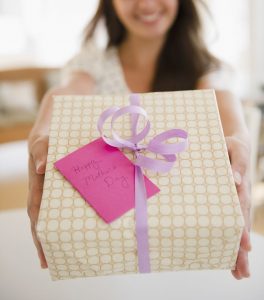 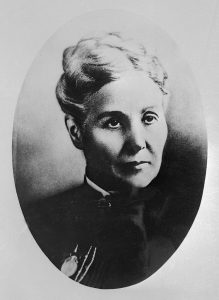 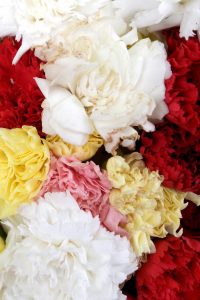 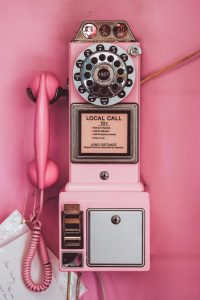 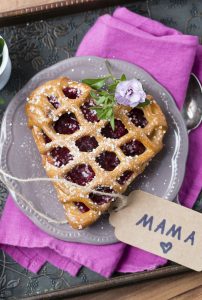 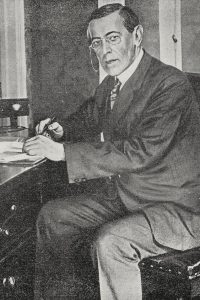 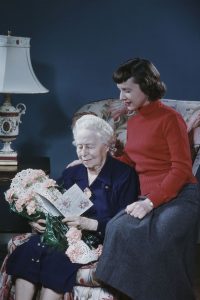 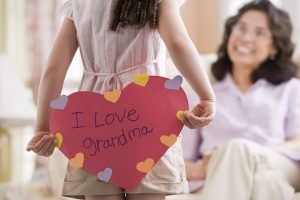 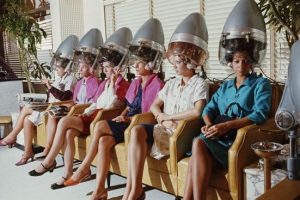 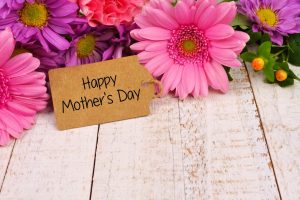 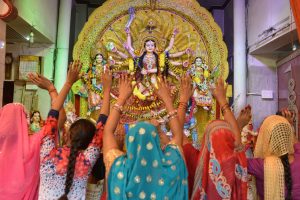 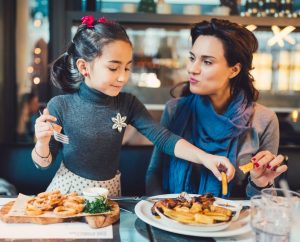 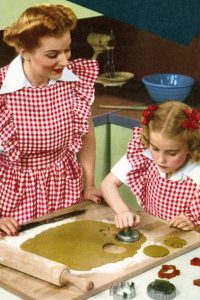 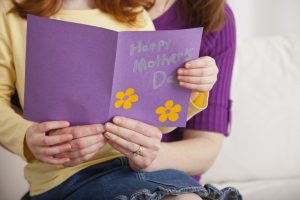 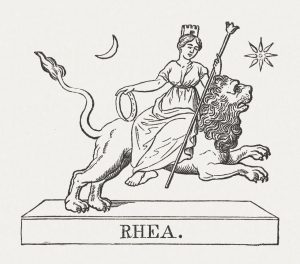